Zahra migrated to Australia with her husband and children in 1997. Zahra left her family and friends behind with great hope for a better life for her family.

The restrictions of being in an abusive and controlled marriage limited Zahra from living the full life that she had hoped for. Despite all this, Zahra embraced the opportunities in Australia.

Zahra endured much pain and abuse throughout her marriage.  However, Zahra remained positive, strong and never lost hope. Zahra’s strengths were her great sense of humour and commitment to family.  Zahra was a caring mother devoted to her children. She fiercely protected her children from threats and abuse by her husband.

In 2009, Zahra took the brave steps to leave the family home with her children and were assisted by the Central Domestic Violence Services. Zahra and her children stayed in hiding in order to keep themselves safe.  As a mother her strength never wavered even though the threats continued to haunt her and her children. However, this did not affect her attitude, approach and willingness to continue to rebuild her life.

On 21 March 2010, Zahra attended the Persian New Year function at the Adelaide Convention Centre, to celebrate this cultural event and her 44th birthday. This celebration was cut short when her husband took her life in front of 300 witnesses.

Her legacy lives on through the commitment of her children and the establishment of the Zahra Foundation Australia.

Zahra Foundation Australia was officially launched on the 5 September 2015, at the Adelaide Convention Centre as a way of reclaiming the space for Zahra and her family.  Among the 400 guests were many prominent Australians, including the 2015 Australian of the Year, Rosie Batty. 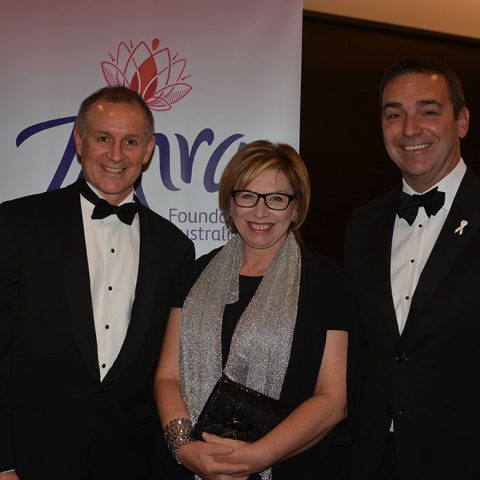 “My mother Zahra was a brave woman who endured so much pain and abuse from her husband through her married life, yet she remained strong for her children. She was a woman with so much hope. My mother is my hero."